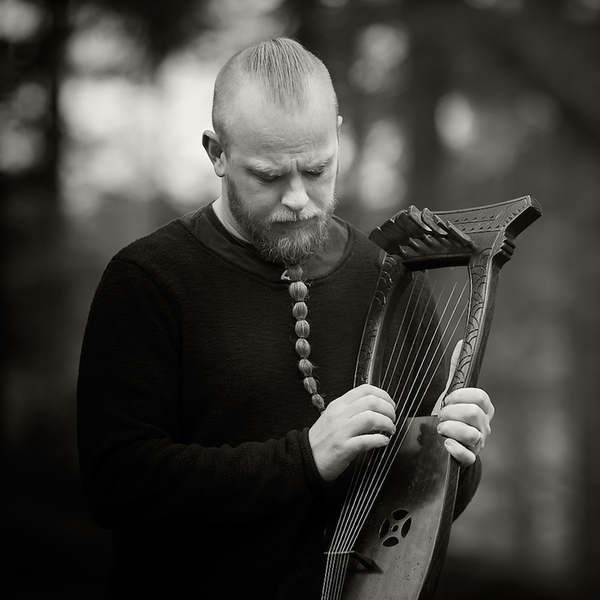 Wardruna’s founder Einar Selvik will be in-store on Friday, February 2nd at 6pm to celebrate the release of his new EP Snake Pit Poetry (out 2/2 via By Norse Music), with signing to follow.

Wardruna is a Norwegian music group dedicated to create musical renditions of Norse cultural and esoteric traditions. With the use of the oldest Nordic instruments and poetic metres, lyrics written in Norwegian, Norse and proto-Norse tongue, Wardruna sets out to give new voice to ancient and ever-relevant ideas and wisdom from the past.

The group was founded in 2002 by Einar Selvik. After the release of their debut album in 2009, they have patiently established themselves internationally as important communicators of Norse and Nordic cultural heritage. Wardruna are known for doing relatively few, but often very special concerts, and always to high acclaim. The most spectacular example is perhaps when they performed in front of the majestic 1100-year-old Gokstad ship at the Viking Ship Museum in Norway.

During the last three years Wardruna and Einar has reached a wider audience through his substantial musical involvement in History Channel’s hit TV series Vikings. On two occasions Einar has also appeared on-screen in a guest role.

On October 20th, By Norse Music has released digitally a two track EP from Wardruna’s founder Einar Selvik containing an acoustic version as well as the complete studio version of his much requested piece Snake Pit Poetry, written for History Channel´s VIKINGS and Ragnar Lothbrok´s fatal encounter with a Northumbrian Snake pit in season IV. The song features the extraordinary talent of Icelandic singer Hilda Örvarsdottir, a featured soloists on film scores such as Man of Steel (Hans Zimmer), The Eagle, Babylon AD, Mortal Instruments, Colette (Atli Örvarsson) and 300: Rise of an Empire (Junkie XL).

The EP is also available as a 10-inch vinyl with etched B-side in Wardruna´s online stores and was sold during their European tour. It will be available on distribution worldwide on February 2nd 2018.