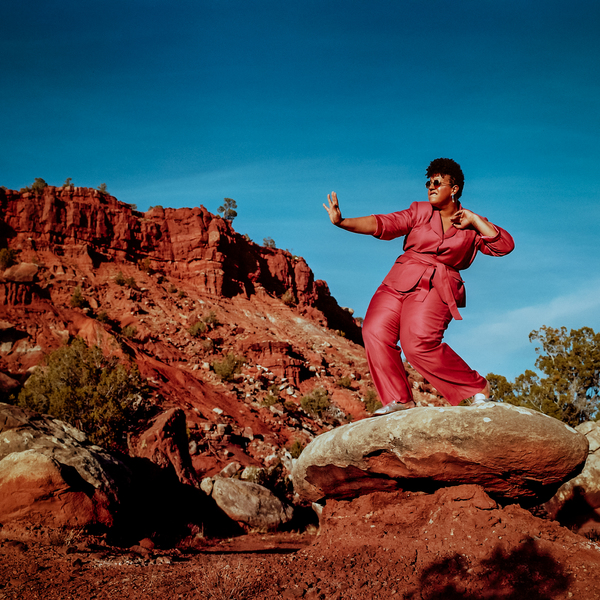 Join us for an in-store Q&A and signing with Alabama Shakes frontwoman and guitarist Brittany Howard to celebrate her debut solo album, Jaime, out on 9/20. Entry with purchase of Jaime on CD or LP from Rough Trade.

Brittany Howard recorded Jaime after a cross country drive that took her from Nashville to a small house in Topanga, CA. She titled the album after her sister, who taught her to play the piano and write poetry, and who died of cancer when they were still teenagers. “The title is in memoriam, and she definitely did shape me as a human being,” says Howard. “But, the record is not about her. It’s about me. I’m pretty candid about myself and who I am and what I believe. Which is why I needed to do it on my own.”

While Howard admits it was daunting, stepping out alone from her work with Alabama Shakes and revealing so much of herself, it was a necessary step. “I turned 30 and I was like, ‘What do I want the rest of my life to look like?’” she recalls. “Do I want to play the same songs until I’m 50 and then retire, or do I do something that’s scarier for me? Do I want people to understand me and know me, do I want to tell them my story? I’m very private, but my favorite work is when people are being honest and really doing themselves.”

She brought a handful of finished songs to engineer Shawn Everett’s L.A. studio and once she assembled the band – a core group of Alabama Shakes bassist Zac Cockrell, innovative jazz-based keyboard player Robert Glasper and drummer Nate Smith – the music started to take shape. Howard examines spiritual ritual on “He Loves Me”, celebrates love with “Georgia” and “Goat Head” is informed by the experience of growing up as a mixed-race child in the South.