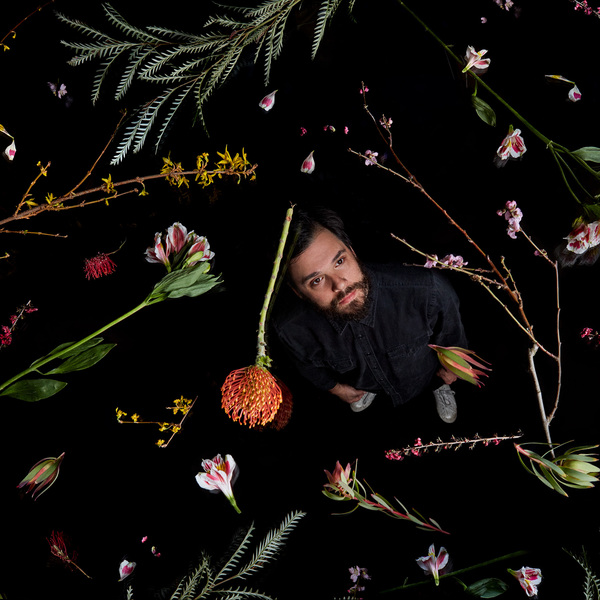 Join us on Saturday, July 14th at 2PM for a free performance from Dirty Projectors as they celebrate the release of their new album Lamp Lit Prose, with signing to follow.

Scarcely a year after the release of the self-titled Dirty Projectors LP, Dave Longstreth’s band returns with a new album that is, in pretty much every way, the YANG to the yin of that record. Coming in at 10 songs, 37 minutes, LAMP LIT PROSE is The Straight Story to the s/t’s Blue Velvet; Punch-Drunk Love to the s/t’s Magnolia. Lamp Lit Prose, the eighth Dirty Projectors LP, is an album of light and lightness, tenderness and care, melody and fascination and beauty.

Lamp Lit Prose is a REBIRTH: an album of new hopes, new ideas & new collaborators. Song titles read like breathless dispatch from a place of beginnings and elemental forces: ‘I Feel Energy’, ‘Break-Thru’, ‘Lifestyle’, ‘Right Now’, ‘Feel It All.’ Should it be paradoxical that it’s also a return to form? Lamp Lit Prose feels like a RECOMMITMENT to the sonics & ideals of Dirty Projectors albums past, anthologizing the band’s trademarks and wrapping them within Dave’s ever-growing production chops and ar- rangement sense.

On ‘Right Now’, the album’s scene-setting opener, Dave sings, “there was silence in my heart, but now I’m striking up the band.” It’s true: together with the announcement of a new live band and the first proper tour dates in five years, this album feels like the return of a dear friend — albeit one who always surprised and pushed the sonic envelope. GUITAR has returned to the Projectors’ world, and so has VOCAL HARMONY. These are some of the most intricate & gorgeous vocal ar- rangements in the band’s catalog — from amazing GUEST ARTISTS including Syd, Amber Mark, Empress Of, Haim (background vox), Robin Pecknold of Fleet Foxes, Rostam, and Dear Nora. In its unity of taut songwriting, electric emotion and great performance, Lamp Lit Prose stands as Dirty Projectors’ most extroverted and immediately accessible record in quite some time.

In Dirty Projectors’ universe, there are the ‘con- cept’ records — The Getty Address, Rise Above, Mt Wittenberg Orca, Dirty Projectors [s/t] — and the ‘songs’ records: Bitte Orca, Swing Lo Magellan, The Glad Fact. Lamp Lit Prose is the latter — a stylistically diverse collection of absolute CHUNES — unified around a core of optimism, bonhomie and new love. This is what wild, new, risk-taking music sounds like, from an artist who puts his lyric and his lifeline on the line.

Lamp Lit Prose’s guestlist brings together 90s underground heroes, up-and-coming avant-r&b wunderkinds and estab- lished indie talents — along with great instrumentalists in many stripes of post-genre tradition. Dave’s choice of collab- orators tell us a lot about where he’s at on this record:

.: RIGHT NOW — ft SYD :. Next-gen r&b crooner Syd plays it cool and collected in three- part harmony against Dave’s passionate yowled declamations — it’s an aural agrodolce that’s classic Dirty Projectors, made new by some crazy inventive production. “Who draws the true straw from the fist that’s clasped? Who pulls the new rope through the loopholes of the past?” Dave wants to know.

.: BREAK-THRU :. “Under the sun there’s nothing new, but she keeps it one hundred through the shade — she’s a breakthrough”

Talking about Fellini, Ecclesiastes, Archimedes, and Julian Casablancas, the first single from Lamp Lit Prose is a playfully absurdist paean to new love, with possibly the most joyfully earworming GUITAR riff Dave has ever scribbled across a fretboard.

.: THAT’S A LIFESTYLE :. The most serious song on the record, ‘Lifestyle’ is a protest song, wrapping fiery, passionate lyrics in a beautiful melody. The guitar arrangement is classic Dirty Projectors, acoustic 12-strings exploding into rolled-off Les Pauls. The sisters Haim join Dave with background vocals

.: I FEEL ENERGY — ft AMBER MARK :. With layers of chiming percussion, drums & 808s, trium- phantly pealing brass, and interlocking lattices of guitars, Rhodes & Wurlitzer, this punk-funk epic is probably one of the more intricate productions in the whole Projectors’ catalog. But when up & comer Amber Mark shows up and owns the hook, you realize ‘I Feel Energy’ is getting at something much more elemental: the need to forget everything and dance!!

.: ZOMBIE CONQUEROR — ft EMPRESS OF :. Dave and avant-r&b auteur Empress Of (aka Lorely

Rodriguez) playfully vow to defeat the darkness together with an arsenal of maximum riffage and ringing Vistalite toms — it’s a genre switch-up as surprising as it is effective.

.: BLUE BIRD :. This is a wide-eyed ballad with simple, direct lyrics and a bonkers horn arrangement.

.: FOUND IT IN U :. What to say about a song like this, except that it rocks. Except the way it rocks is super-skewed, like Rich Harrison producing George Harrison, when George was on his Indian music-inspired additive rhythm kick. You should just listen. It’s a jam.

.: WHAT IS THE TIME :. Sometimes you’ve gotta just let the melody do the work. This song is a mid-tempo bel canto in F, and it’s about falling in love.

.: YOU’RE THE ONE — ft ROBIN PECKNOLD & ROSTAM :. Over Baldwin’s upright bass and a guitar in the Nashville tuning, Dave huddles around a mic with Robin Pecknold (Fleet Foxes) and Rostam Batmanglij (ex-Vampire Weekend) like an indie-rock Three Tenors, or the Migos of soft rock. This is Dirty Projectors in ballad mode — think Impregnable Question or Two Doves — and it’s as gorgeous and heartfelt as anything Dave’s written so far.

.: (I Wanna) Feel It All — ft DEAR NORA :. Atop an arrangement for string orchestra and winds that brings to mind the 50’s work of Dave’s favs Gil Evans & Nelson Riddle, Dave and the recently-rebooted Dear Nora (aka 90s indie underground hero Katy Davidson) sing their desire to ‘Feel It All’. This is some child-is-the-father-of- the-man / whole-dang-human-comedy-type-stuff: the range of experience, life’s ups and downs, the acceptance of suffer- ing as a necessary counterpoint to happiness. Katy and Dave used to trade 4-track tapes together in late 90s when he was a teenager, and in 2018 they’re finally collaborating together for the first time. What a time to be alive!

The astounding percussionist Mauro Refosco (Atoms for Peace, David Byrne) who buttressed the s/t soundworld is back on several songs.

.: CALDER QUARTET :. The 16-string wonder of Los Angeles plays on Break-Thru, Energy, Poolside, and Feel It All

.: THE BRASS PLAYERS OF LOS ANGELES :. The horn players Longstreth introduced on the s/t album — Todd Simon on trumpet, flugelhorn, cornet, & euphonium, Tracy Wannomae on saxophones and winds, Elizabeth Lea on trombone and bass trombone — have returned to Greek- chorus the soliloquies of Dave and his guests. They play on Right Now, Energy, Blue Bird, What Is The Time, and Feel It All.

.: DAVID LONGSTRETH :. Dave plays all the keyboards on the album, did all the brass, string & vocal arrangements, all the drum production, etc. And we didn’t really mention how this is a guitar record almost first and foremost, but yeah — his guitar playing has maybe never been as rich & effusive as it is here on Lamp Lit Prose.