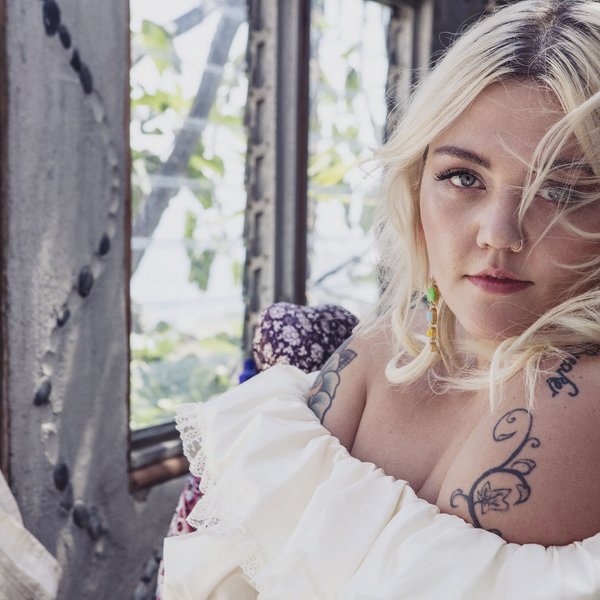 Join us on Sunday, October 21st at 2pm for an intimate live performance and signing from Elle King to celebrate the release of her new album Shake the Spirit (out 10/19 via RCA).

All Ages // Purchase for Shake the Spirit for entry

When it came time for Elle King to choose a title for the follow-up to her 2015 gold-certified debut album Love Stuff, she thought, “How do I sum up ‘The year I lost my fucking mind’ in an album title?’” she says. “Because that’s really what this record is about. I decided to call it Shake The Spirit because I was shaken to the core over the last year and half. I was literally talking to ghosts. But making this album not only changed my life, it saved my life. It’s like when you see somebody who is struggling, what do you want to do? You want to shake them! Putting this record out is like shaking myself awake.”

Over the past few years, King seemed to be leading the charmed life of a rising star. Love Stuff — a sultry mix of rock and roll, blues, and country, with a twinge of pop — featured the breakthrough single “Ex’s & Oh’s,” which earned her two Grammy nominations and was certified double platinum. The track, about leaving behind a string of brokenhearted exes, hit No. 1 on Billboard’s Hot Rock Songs Chart, and topped the AAA, Hot AC, and Alternative Radio charts, leading King to become the second female artist in 18 years to reach No. 1 at the latter format. Other career highlights included performing for President Obama at the 2016 Kennedy Center Honors, being featured on Dierks Bentley’s Grammy-nominated No. 1 Country Airplay hit “Different For Girls” (she performed it with Bentley at the CMA Awards and took home an award for “Musical Event of the Year”), and seeing “Ex’s & Oh’s” featured on Kidz Bop. (“Whenever I was having a bad day, I’d watch videos people sent me of their kids singing along to my song,” she says.) King earned critical accolades — The New York Times described the Ohio-born, New York-raised artist as “a sassy, hard-drinking, love-’em-and-leave-’em hellion with bad tattoos and a broad pedigree across rock, pop, and country. She has Adele’s determination and Joan Jett’s stomp, Brenda Lee’s high-voiced bite, and some AC/DC shriek."

For three years, King worked tirelessly to promote Love Stuff, performing on every morning and late- night talk show and touring the world, during which time she says, “I partied harder than anybody and their brother and their brother's cousin. I was staying up later than everybody else and still getting up earlier than everybody else. I’d play a show, take a red-eye, wake up, do a morning show, and never cancel a performance.”

Though King’s hard work was paying off professionally, personally, she was falling apart. “I was struggling with mental health issues and exhaustion and literally felt like I was losing my mind,” she says. “I was so lonely and broken and desperate for love that I was reaching out for anything.” Then the day before the 2016 Grammy’s, King secretly eloped with a man she had met in London three weeks before. The marriage unraveled quickly, marked by substance and physical abuse. “It was happening behind closed doors on the back of the tour bus. It was really scary and made me start to keep everything inside because I couldn't tell anyone we were married.” After the couple separated, King suffered from PTSD, became severely depressed, and took to self-medicating. “I was struggling and I wasn't really able to talk to anyone because the nature of everything was so dark that people started to pull away from me,” she says.

King left the couple’s home in Brooklyn and moved to Los Angeles with the intention of staying in a detox facility, followed by rehab, but left after seven days. “I convinced everyone I was cured and, I’ll be damned, everyone believed me,” she says. She arrived in L.A. with one suitcase “and a bad habit.” She also reached out to the members of her band, The Brethren, about reconvening to write a new record. “My band are not hired guns,” she says. “They are my family. These characters changed me as a musician and helped make me the person I am. They didn’t give up on me in literally my darkest and most insane time.”

A natural-born story-teller, King can reel off multiple highly engaging tales about making Shake The Spirit, but here are the facts: The album was written and recorded with The Brethren partly in Los Angeles and partly in a small studio in rural Denton, Texas, with King herself producing many of the tracks. She wrote most of the songs on her own, but did work with a few key collaborators including Tim Pagnotta (on the album’s first single “Shame”) and Greg Kurstin (on “Baby Outlaw” and the ballad “Runaway”). “Greg has his own studio, but he came to my crazy house where I had a pinball machine, pink and blue shag carpet, three fucking pianos, and disco lights, and he didn’t judge me,” she says of the producer, who has written hits with Sia and Adele. “I have video of him playing drums in a sombrero and me in leopard pants and a disco top recording ‘Baby Outlaw’ and having a great time. He made me feel very comfortable.” During the process, King learned to play bass, which she credits with changing the way she listened to music, “which changed the way I wrote music,” she says. “I started writing songs on bass guitar and it set a different groove. I was so emotional and had such big feelings, they all just kind of came through me.”

For King, the highlight of the album is its gutsy final track, “Little Bit of Lovin’” — an uplifting song about emerging hopeful after a breakdown. “The original lyrics were, ‘I don't need nobody. I don’t need no one. There just ain’t no lovin’ left in this heart of mine,’” she says. “I looked at them and thought, ‘You know that’s not true, Elle, and you don’t want to put that out into the world.’ So I changed it to, ‘But I still got a little bit of lovin’ left in me.’ When I sang it with the band for the first time, I felt this joy coming through me. I’ll never forget it. Instead of having an out-of-body experience, I had an into-my- body experience. I felt myself snap into my body and I fell to my knees and burst into tears. I just started weeping. And I looked up at my bassist and he looked at me and he said, ‘It’s really nice to see you again, Elle.’”

King views Shake The Spirit as an evolution not only of herself as a musician and writer but “as a human being,” she says. “This music is truly me. I said what I wanted and what I believed in and I really wouldn't take a step back. It’s exciting for me to show people that you can struggle, but if you don't give up on yourself you can get through things and become a better person. I have my year and a half summed up in one crazy-ass, goddamn album and I'm proud of that. I'm ready to bare my spirit and soul and heart and hardships to the world and say, ‘You know what? I got through it. And this is how I did it.’"