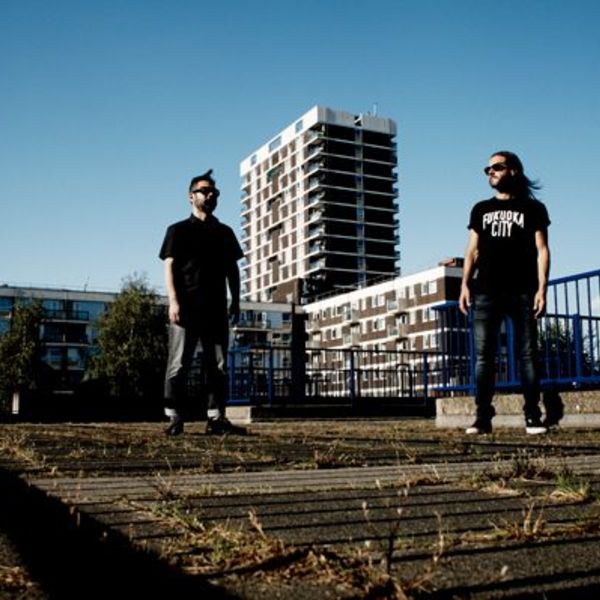 Feeder are some kind of phenomenon. Formed in Camden after moving from Newport/Chepstow in South Wales in 1992, under the moniker Real - comprising front-man, vocalist/guitarist Grant Nicholas, drummer Jon Lee and bassist Julian Smith. Feeder soon morphed into a line up that still boasts permanent bassist Taka Hirose (who joined a year before they signed to The Echo Label) and further incarnations that have survived the debatable charms of umpteen passing rock ‘n’ roll fads – shoegazing, Britpop, Britrock, grunge, EMO anyone? They somehow managed to remain un-phased by the flotsam and jetsam thrown up by the attendant fuss surrounding these movements, consistently proving themselves the glittering thorn in the side of an industry that always had them down as perennial outsiders. This much may be true – or, perhaps, chutzpah - but The Best Of Feeder proves something else entirely: that music and dignity are not altogether recalcitrant bedfellows and truth will out. Indeed, the collection is neither more nor less than an unfettered exposé of their beautiful, unpretentious, howling roar and a slap in the face to those that would put asunder. To cap it all, nine-track bonus disc Arrow, exclusively recorded for this compilation, proves how far Feeder have come. It’s enough to make you weak.

First, the facts: Feeder have released nine studio albums, three compilations, 41 EP’s and singles, spending a combined total of 181 weeks on the singles and albums charts and accumulating 25 top 75 singles between 1997 and 2012. The band’s debut album Polythene, produced by Chris Sheldon and released after their Swim EP had garnered a multitude of critical plaudits, appeared amongst a tsunami of Britpop, and yet spawned its own tidal wave of acclaim: debut single Stereo World (initially off Swim and then included on Polythene) was awarded Single Of The Month status by Korn in Metal Hammer, and further, nascent releases like Tangerine (which reached No. 60 in the UK charts), Cement - a Kerrang Single Of The Week (“haunting, hooky and heavy in a creepy, twisted sort of way”, Crash - “one of the finest slices of pop-coated rock you could ever wish to hear” (Kerrang, again), Suffocate (a key song that secured the band’s Echo record deal) and High (the band’s first ever Top 40 hit, which came before Suffocate, a huge live favourite and another early single included on the reissue of Polythene) were only ever going to prove one thing; Feeder may have been making all the right noises - and even de rigeur in certain circles - but, more importantly, they were in it for the long haul.

In 1999 Feeder built on the success of Polythene with the release of the self-produced follow up Yesterday Went Too Soon which immediately leapt to No.8 in the UK album charts in its week of release. The album – which was originally set to be a double album called A Life Through Headphones – was preceded by the single Day In Day Out in March of that year (which peaked at 31) before another single, Insomnia, confirmed the band’s omnipresence by reaching the No. 22 spot and heralding the band’s arrival in The Big Time. The song’s commercial success led to Feeder’s first appearance on Top Of The Pops.

Having said that, Feeder’s third album Echo Park proved to be a real breakthrough. Released in 2001 and featuring the No.5 hit Buck Rogers, Echo Park also charted at No. 5 spawning another Top 20 hit, Seven Days In The Sun, before additional singles Turn and Just A Day (originally a B-side from Seven Days In The Sun) leapt to No. 27 and No. 12 respectively. The latter, released in December, proved to be some kind of swansong: the following month, tragedy struck when drummer Jon Lee committed suicide and it is hardly surprising that the band’s next long player, Comfort In Sound, showcased themes like loss, depression and grief. Despite (what some saw) as a change in direction and the recruitment of ex-Skunk Anansie drummer Mark Richardson, Comfort In Sound was both critically lauded and a commercial success: the album received album of the week/month plaudits in Kerrang and Metal Hammer and reached No.6 in the UK, turning platinum in the process; four singles from the album including Come Back Around, Just The Way I’m Feeling, Forget About Tomorrow and Find The Colour all charted high and resulted in the band being nominated for a 2004 Brit Award.

After this, if anything, Feeder’s fifth album, Pushing The Senses, released in January 2005, was even more successful, peaking at No.2 (the band’s highest ever chart spot) and generating four Top 40 hits including Shatter which was a double A side, Tumble and Fall, Feeling A Moment and the title track itself. By this time the band were releasing singles with such vociferous success that it is hardly surprising that the following year saw them releasing The Singles, a collection that featured seventeen of the band’s forty hit singles and three new tracks recorded 2 of which were co-produced with Stephen Street – Lost and Found, Burn The Bridges and Save Us. The album became the band’s second No.2 hit whilst two tracks from the album – Lost and Found and Save Us - became singles in their own right. Picture Of Perfect Youth was also commercially released in 2007. Subsequently, on 16th June 2008, Feeder’s sixth studio release, Silent Cry was business as usual: recorded at The Crypt in north London with Matt Sime, the album shot to No.8 whilst singles – Miss You, We Are The People and Tracing Lines/Silent Cry – advertised its wares. The record would prove to be the denouement of the band’s relationship with Echo – the label folded - and Mark Richardson’s last as the band’s drummer.

In 2009, Feeder took stock, recruited new stick-smith Karl Brazil and emerged as ‘Renegades’ on their own label Big Teeth Music. The “name change” - really just a neat way of letting Feeder not be Feeder (with all the attendant pressure that moniker assumes) for a while – only worked up to an extent: throughout the year, Renegades released EPs and toured the UK but word soon emerged – how could it not? - and the band soon resumed duties as Feeder and released an album, Renegades, that quickly went to No.16 in July 2010 and included three singles, Call Out, Renegades, and the double A-side This Town/Down To The River. Two years later in April 2012, Feeder released their follow-up for Big Teeth, Generation Freakshow, an album recorded in New York and London, and produced by Grant and Chris Sheldon, that featured three singles, Borders, Children Of The Sun and follow up, Idaho which featured Grant’s actor friend Daniel Mays. The album reached No.13 in the UK before Feeder’s leading personnel diverged into other projects: Taka released his second album with Muddy Apes in Japan whilst Grant released his first solo album called Yorktown Heights in July 2014 and a six track mini-album Black Clouds the following year.

In 2016, after some sort of hiatus, Feeder returned with their ninth studio album, All Bright Electric, a record that received huge praise. Produced by Grant and Tim Roe and mixed by Chris Sheldon, Classic Rock hailed it as “Feeder’s most satisfying album to date” whilst Kerrang suggested the band had “reconnected” and “rediscovered their drive, their darkness and their sense of self-discovery.” The album generated three singles - Universe Of Life, Eskimo and Another Day On Earth, the latter a double A side with Paperweight – and brings us right up to date. By which we mean to say that, concurrently, Feeder are in the finest of form – Grant reveals that the All Bright Electric sessions were as “exciting as making our first album, Polythene” – and the XX-track The Best Of is a perfect way to take stock and gawp.

Feeder have not just survived the last 25 years, they’ve flourished beyond compare. And yes, since you ask, they’re some kind of phenomenon.