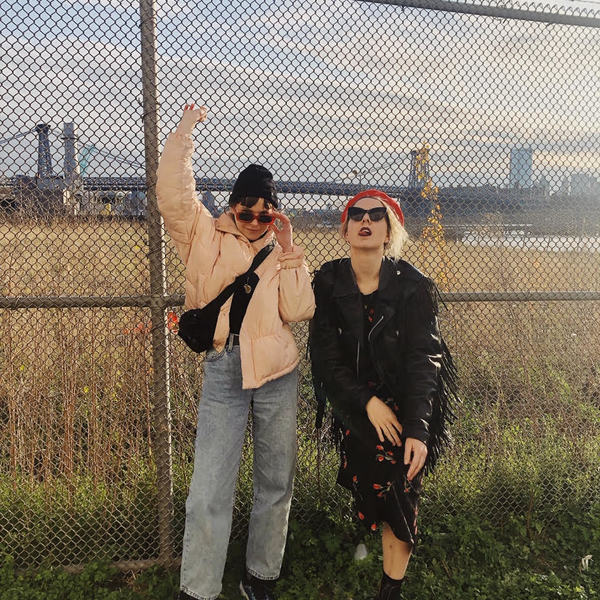 Join us for a free performance by Berlin duo Gurr, who'll play a stripped-down set of tracks from their new EP 'She Says', on Tuesday, June 18th at 7pm.

Gurr return with a new 7 track EP She Says released in April 2019 and recorded with New York producer Matthew Molnar (Sunflower Bean, Friends) and Berlin based producer Tobi Kuhn at the UFO studios in Berlin. After playing Eurosonic, SXSW, going on their first ever US tour with Priests and playing another good amount of summer festivals, Gurr are stopping by Rough Trade NYC for an intimate in-store performance on June 18th 2019 ahead of their full band concert at Rockwood Music Hall on June 19th 2019 as part of the Reeperbahn Festival on Sequencer Tour in NYC at A2IM Indie Week.

Fraternizing with the likes of Dave Grohl, Arcade Fire, Eddie Argos and Boy George outing himself as a fan, a lot has happened in Gurrworld since they released their 2016 award winning debut album "In My Head“. Aside from beating off stiff opposition (The XX, Laura Marling & King Krule) to win the much coveted IMPALA European Album of the Year Award, the German duo have toured relentlessly and still found time to pen In My Head's highly anticipated follow-up. With their new EP “She Says”, Gurr draws inspiration across genres, from contemporary dream pop wonders Beach Fossils to psychedelic classics such as The Velvet Underground.