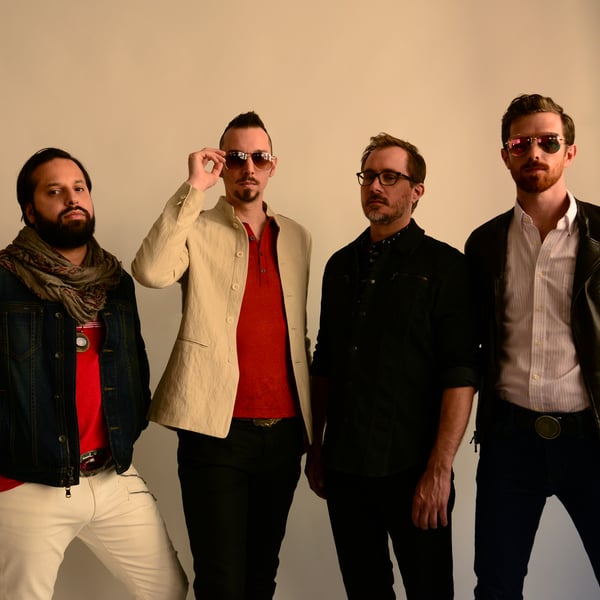 On Sunday, June 9th, celebrate the new album Ozone Park (out 6/7 via Mascot Records), with a free performance from Hollis Brown. Purchase the new record in store starting 6/7 to attend the signing after the show.

Hollis Brown is a band from Queens, formed by singer-guitarist Mike Montali and lead guitarist Jonathan Bonilla (lead guitar). The band has been releasing music since 2013, during which they released an EP and two albums along with a Record Store Day tribute to the Velvet Underground's LOADED album. The group has toured extensively in the U.S. and Europe, both on their own and supporting the likes of Citizen Cope, Counting Crows, Jackie Greene, Jesse Malin, the Zombies, and many more. And you've heard their music in films such as "Bad Country" and on TV series such as Showtime's "Shameless," DirecTV's "Kingdom" and MTV's "Real World." Also their music has been featured in the worldwide trailer for “The Founder” staring Michael Keaton along with the Winter 2018 John Varvatos runway show and online campaign.

Hollis Brown is a (hard) working rock 'n' roll band, in other words, a group that lives up to the blue-collar legacy of their hometown. But, as evidenced on their new album Ozone Park, there's also a great deal of sophistication in the mix, rich melodicism and advanced harmonics that allow Hollis Brown -- yes, named after the Bob Dylan song -- to blend a wealth of influences into a distinctive sound that plants their own one-of-a-kind flag in ground that's been otherwise well-traveled.

"We really feel like the last of the great American rock bands," Montali explains. "When you play rock music it's always kind of a hurdle to not be considered a retro band or a throwback band because somebody is always trying to put you in a box or define you. You're always compared to another artist, another band -- who are great, sometimes, but they're...old. I think we want to make a statement that rock music can still be done in a modern way that is still as good as some of those acts from the past."

That's exactly what Hollis Brown set out to do -- "Great songs but rock 'n' roll with the sound of 2019" -- on the 10 tracks of Ozone Park, which was recorded at Unity Gain Studios in Fort Meyers, Fla. The songs cover plenty of musical ground but this is no mere playlist; rather, they weave together in a cohesive, dynamically exciting ride that ranges from the soulful buoyancy of "Blood From a Stone" and "Stubborn Man" to the ringing Americana guitars of "She Don't Love Me Now," the funky flavor of "Go For It" and the fuzzy hard rock of "Bad Mistakes." It represents care and craft, and a diversity Montali credits to his own musical roots.

"Growing up in Queens I fell in love with all different types of music," he recalls. "we had hip-hop, we had funk music, we had rock 'n' roll music, we had singer-songwriters. Everybody in the band loves all those things, so it's nice to try and incorporate all those things. We're really open.

Making Ozone Park with producer Adam Landry (Deer Tick, Rayland Baxter, Nikki Lane, Vanessa Carlton) in Fort Myers, Fla., Hollis Brown enjoyed plenty of opportunity for rewarding musical adventures. Some of it had to do with the recording process itself, mixing analog and digital technologies as well as the sound of four musicians -- Montali, Bonilla, keyboardist Adam Bock and drummer Andrew Zehnal -- playing together in one room. "We did a lot of pre-production and did the album pretty quick -- eight days, recorded and mixed," Montali says. "We did some sampling, some 808 digital drums on some of the songs and synth stuff we weren't doing before, just to make the sound current. But if it's a great song it's always a great song, no matter how you dress them up."

Montali and his mates are also proud of "the real band sound" they achieved on Ozone Park. "My favorite thing about bands is if you take one member out, it changes," he explains. "If you look at Led Zeppelin, the Beatles, the Ramones -- each member brings his own power. I think we got to that place on this record; if you take one member out of our group, it wouldn't have been the same record. We really developed how these songs would sound with just the four of us before we even went into the studio." Hollis Brown opted to give themselves that time, too. The group stayed off the road for the better part of the year, not only recording but rebuilding their business team and putting strategies in place for what the band felt was a pivotal work.

"It was a challenging year for us," Montali says. "We're so used to playing so much, being home and not playing was something very different. But it was all worth it. We felt like it was time to take a step back and get the right team together so that when this album comes out we're firing on all cylinders. "I think we're in a really good place now. We just want to keep the ball rolling and making music we believe in."