with SONTALK, The Royal Arctic Institute 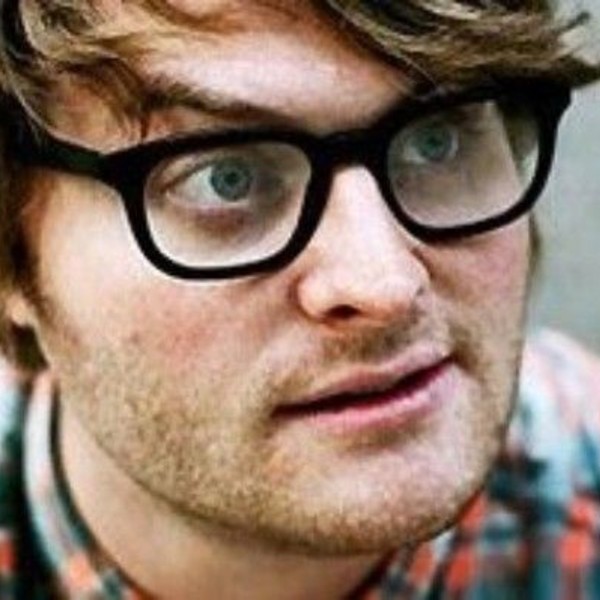 If Michael Benjamin Lerner has given us nothing more than an opportunity to nudge the word “effluxion” into the common vernacular, it is still a crowning cultural achievement. To truly appreciate this minor linguistic marvel, you need to say the word out loud—do this right now, wherever you are; it’s worth the stares. It comes from the Latin term meaning “to flow,” and pronouncing it is the closest you will ever come to feeling like you’re in an episode of Star Trek.

But he has given us much more than that. The fifth full-length album he’s recorded as Telekinesisis perfect, unfussy power pop—romantic and hopeful and skittish and fresh and familiar, with hooks in all the right places. He called the album Effluxionbecause he too found the word a little alien when he first heard it in passing, but it also captured the spirit in which the album was made. “I looked it up and it felt really indicative of the way this record ended up working,” he says. “Everything just started kind of flowing out.”

After Lerner largely traded guitars and drums for moodier synthesizers and drum machines on 2015’s Ad Infinitum—more OMD than GBV—Scottish indie-pop gods Teenage Fanclub invited Lerner on board as a touring member in 2017. In addition to this being genie-lamp wish fulfillment for a devoted acolyte (see: Telekinesis’ cover of “The Concept” and also pretty much everything Telekinesis has ever recorded), playing those songs every night with his heroes brought him back to known pleasures.

“When I got home, not only was I shit-hot on guitar and keyboard, I was like, ‘God, I fucking love this music,’” Lerner says. “The one criticism I’ve gotten throughout my career is that I’m not trying to do anything inventive, and my response is always, ‘I’m not trying to do that at all.’ What you’re hearing is me regurgitating my favorite records.”

Effluxionis, in the purest way, a back-to-basics album—not just in its reaffirmation of the sound and style that made Lerner an indie wunderkind a decade ago at age 22, but in the way it was created. Using the same now-discontinued MacBook microphone he used to record his earliest tracks, he holed up in the basement of his West Seattle home and put the album together piece by piece over the past two years, playing every instrument. While previous albums had former Death Cab for Cutie guitarist Chris Walla—who discovered and championed Telekinesis’ demos—and Spoon’s Jim Eno serving as producers and sounding boards and sidemen and general voices of authority and experience, Lerner wanted to do this one entirely on his own.

“I think I’ve always had the knowledge, but I never had the confidence,” he says. “If something is feeling really good to me, then I don’t care if it’s lo-fi or if there’s a bad note somewhere. And that’s how I felt when I made those first records. But this is the first time I can say it’s very much my own singular vision.”

Lifted by a buoyant oh-whoa chorus, “Like Nothing” catalyzed and crystallized this consciously retro process for Lerner, but the songs themselves don’t feel of any time in particular, no matter how transparent they may be about their inspiration. Raised by a Beatles-obsessed father who was a Seattle DJ for 30 years and educated as a teen at Paul McCartney’s Liverpool Institute for Performing Arts, Lerner wears his influences on his striped t-shirt sleeve; “Suburban Streetlight Drunk” proudly boosts the piano from Band on the Run’s “Nineteen Hundred and Eighty-Five.”

Of course, there’s nothing unique about having been influenced by the Beatles; it’s about how that influence is manifested. Quiet-loud-quiet first single “Set a Course” and “Cut the Quick”—which Lerner considers one of the best songs he’s ever written—are so naturally infectious you somehow already know them. More than mere pastiche, Telekinesis songs are specific enough to paint vivid detail but universal enough to be about your life.

All of which goes back to the idea of effluxion. Ten years into what will be a long career destined to be studied and mined the way he studies and mines those of the bands he loves, Michael Benjamin Lerner is as much a medium of power pop as a manufacturer. Telekinesis has internalized the science of catchiness and understands on a cellular level what makes certain kinds of songs evoke certain kinds of chemical reactions. Hooks flow in, hooks flow out.