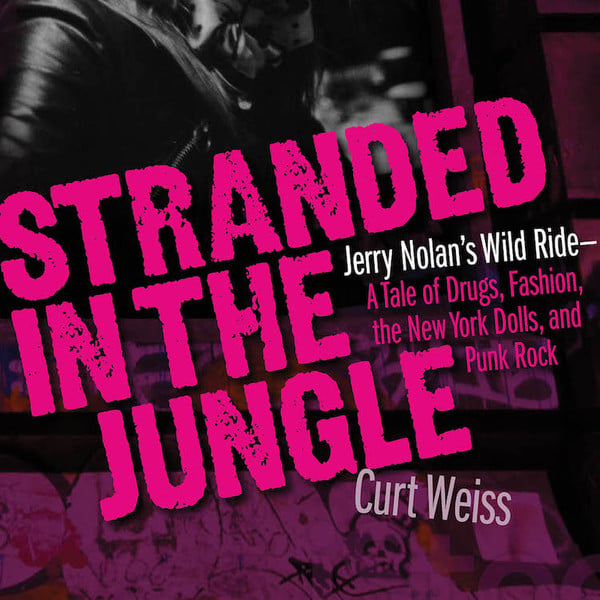 On November 7th, we're celebrating the release of Stranded in the Jungle: Jerry Nolan's Wild Ride with a book reading and Q&A to follow.

Stranded in the Jungle: Jerry Nolan's Wild Ride - A Tale of Drugs, Fashion, the New York Dolls, and Punk Rock is the story of an often overlooked, one-of-a-kind rock ’n’ roll musician and the historic times he lived in. In spite of numerous opportunities for success, he became a tragedy. Jerry Nolan came out of New York in the 1970s as part of two of the most influential and infamous bands of the time, the proto-punk New York Dolls and Johnny Thunders’ Heartbreakers. Jerry had what it took to be a star, but his battles with heroin continually stymied his career and ultimately ended his life. Despite this, he is remembered as a cross between a Martin Scorsese film character and jazz legend Gene Krupa: a stylish, urban, wisecracking, trendsetting raconteur, who was also a powerhouse drummer. Stranded in the Jungle: Jerry Nolan’s Wild Ride—A Tale of Drugs, Fashion, the New York Dolls, and Punk Rock tells Jerry’s story through extensive research and interviews with those closest to him: bandmates, friends, lovers, and family members, including new interviews with members of Rock and Roll Hall of Fame bands the Sex Pistols, the Ramones, Talking Heads, and Blondie. It gives firsthand accounts of not only Jerry’s life and struggles but the earliest history of punk rock in both New York and London, highlighting his notorious and incendiary musical partner, Johnny Thunders.